Long Division….let’s start with the math basics.  Ironically, I struggled in math as an elementary school student.  It wasn’t until I was a teacher that I actually understood some simple math mantras. Math Made Easy – Tip One
Numbers follow a pattern.

Math Made Easy – Tip Six
There are MANY ways to solve a math problem.  It is my job as a teacher to show students several different ways to solve a problem, but in the end, the students use which way works best for them because everyone thinks differently.

Long Division PARTIAL QUOTIENT STRATEGY
Believe it or not, many of my 4th grade students preferred using this division strategy.
This strategy is all about breaking numbers into smaller numbers and thinking friendly numbers (tip 4)
Here is an example using the number 520.  This is just one way to break 520 into smaller friendlier numbers. Long Division TRADITIONAL STRATEGY
I think the key to using this traditional Mom and Pop Strategy is to present it in a methodical and organized way.
1. Before beginning a problem, I have students generate the first 9 multiples of the divisor. When I was a kid, I spent a lot of time trying to figure out what multiples were close to the dividend.  Generating a list before hand and referencing it throughout the problem will move things quicker.
2. Draw lines between the place values of the dividend.  This will help students see each place value  and line up the numbers in the quotient correctly. Long division doesn’t have to be hard for beginners if numbers are broken into smaller numbers (partial quotients) or using the MOM and POP way in an organized planned way.

If you found these long division strategies helpful, check out one of my most popular resources.

Long Division Made Easy
You can always “COUNT ON ME” for engaging, differentiated math resources to help every student shine! 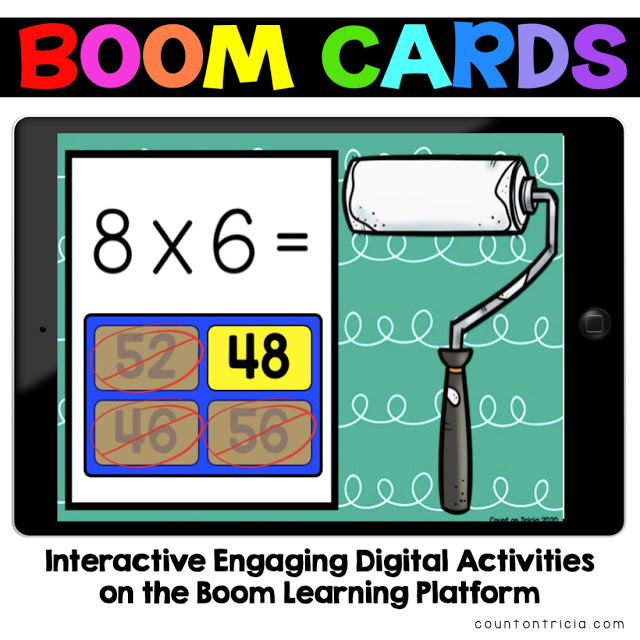 We all know the first floor of a house has to be solid before you start building the second floor. (No squeaks or shaky ceilings in my house, please!) The same goes for 3rd, 4th and 5th grade math students.  They need to build a solid foundation in mental math before they can add start… 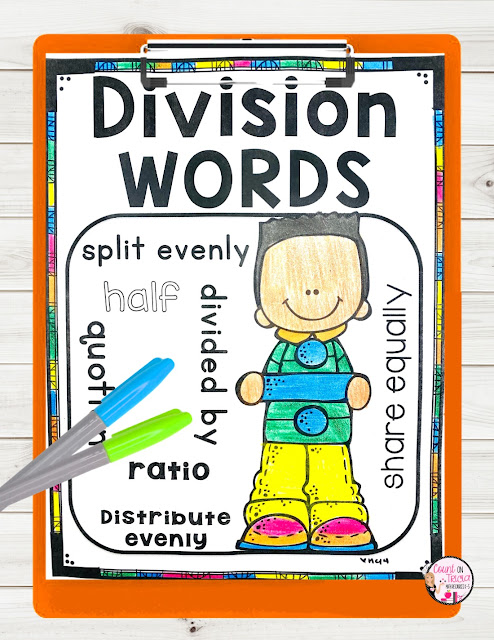 My students are always SO excited to learn their multiplication facts.  Spouting off random multiplication equations seems to make them feel like a genius even before they have understanding of what this operation actually entails.   Division seems a bit harder for students.  Seeing the relationship between the two operations can be very helpful. Teaching dividing by…

Just a few more weeks of school here in the mid-West.  We are continuing to work hard engaging  and motivating our students to finish off the year successfully especially considering we haven’t seen each other in numerous weeks due to Co-vid 19.   One math practice my students have been loving to gain fact power… Hi there- I am Tricia, the creative mind behind Count On Tricia. I was destined to be a teacher.

I love that through Count on Tricia, I am able to help teachers support their students and make a positive impact worldwide. As sappy as that sounds, it is 100% true!